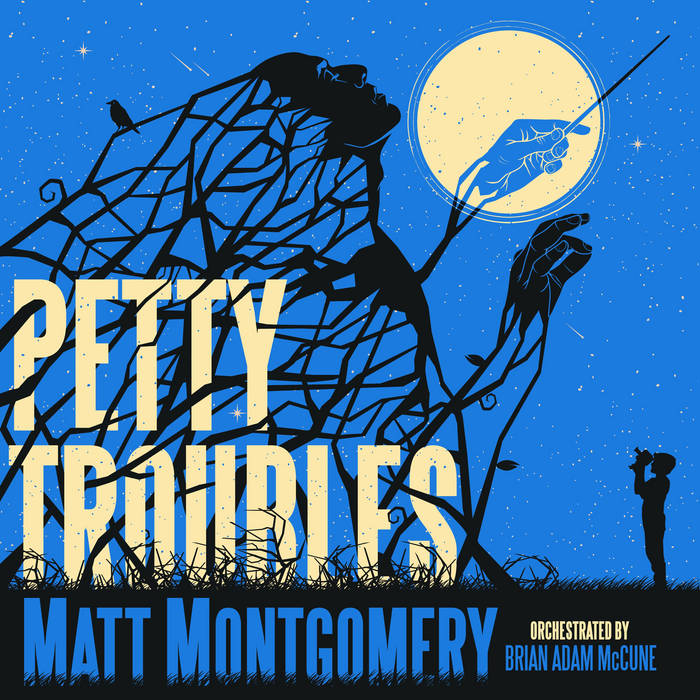 Connor Murphy This is a very upbeat and happy album that's great at brightening my mood any time. It's also the perfect length for my ride home. Favorite track: Though I Try.

Petty Troubles is a live orchestral pop album featuring the songs of Matt Montgomery, orchestrated by Brian Adam McCune, and produced by Brendan West. Petty Troubles is also the title of the companion documentary, directed by Isaac Pingree, that chronicles the process, perks, and pitfalls of recording an independent album live in one day with 30 Bay Area musicians. Though risky by design and imperfect by nature, we are extremely proud of the results. We hope that you’ll enjoy our labor of love.

Bandcamp Daily  your guide to the world of Bandcamp

outré black metal, with a Victory Over the Sun interview and music from Liturgy and Jute Gyte.